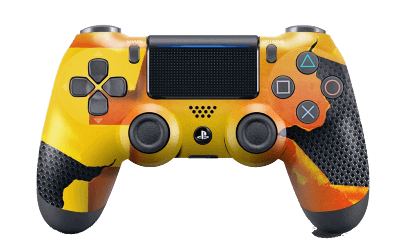 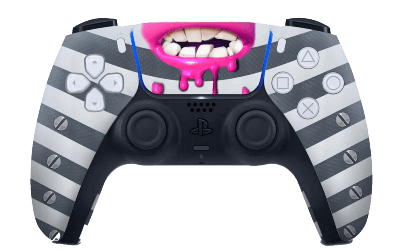 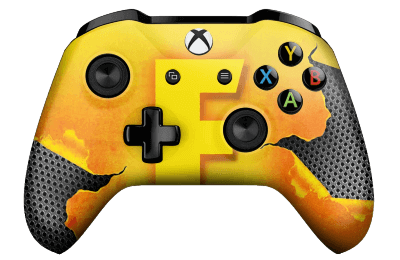 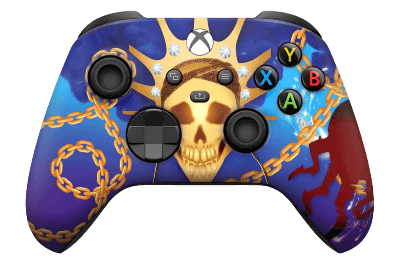 Besides the impressive hardware features, the software that comes with the Fortnite controller is also equally impressive, allowing you to create multiple custom profiles based on your gameplay, strategy, etc. If you want to build your own controller, click here for PS4 and here for Xbox One to get started.

For anyone who is starting to play Fortnite, or for seasoned veterans, this modded Fortnite controller will fit right into your hands, giving you unmatched gaming experience.

The modifications options that are offered on this Fortnite controller allow you to unleash the power of your weapons with just the click of a button.

The first step involves choosing a body of your liking, which is offered in a wide variety of colors and textures, and then you can customize other parts which include the d-pad, the buttons, the joysticks, and the add-ons as well.

A great thing about these controller mods for Fortnite is that they come with a programmable option which allows you to personalize and tweak the buttons of the controller based on your inputs and liking. This means you can configure your standard PS4 or Xbox One buttons for different actions in-game.

The unique thing about modded Fortnite controllers is that they allow you to jump in the air and fire at your enemies simultaneously. This Fortnite modification also enables you to scope with your sniper rifle, take a shot and then come back to the original position with just the click of a button.

The weapon modification settings will enable you to turn your semi-automatic weapons into fully automatic weapons and vice verse. This allows you to burst fire several shots automatically in Fortnite. Now that’s how you’ll get those sweet wins!

A favorite feature amongst users of the Fortnite modded controller is the Fast Build feature. It allows you to build structures anytime and anywhere instantly with just the click of a button. After a structure has been built, it automatically exits the build mode. The paddles that are available on the Fortnite controller can be individually assigned to build specific structures, which can be configured on the go.

The next feature allows you to assign Hotkeys for your weapon selection. This feature will enable you to attach two paddles as hotkeys for selecting your weapons which are contained in slot 1 and 5 — as such, pressing any of the assigned hotkeys picks the assigned gun for you. Using this feature allows players to draw and swap weapons with any of the two paddles allowing faster gameplay and functionality.

The Paddles and triggers of the Fortnite controller for PS4 and Xbox One has also been designed in a way that accommodates fingers of varying sizes. With ease, this allows excellent grip and control, fast finger movements while also being comfortable at the same time. This will give you an edge over your opponents, enabling you to play for extended periods.

The rapid-fire mod will turn your weapon into a monster with the fully automatic firing mode.

The Fortnite controller comes with an auto-burst feature that will turn your fully auto weapon into burst mode.

Do you also like jump shots in Fortnite? With our modded controller it becomes a breeze to get perfect jump shots.

This controller also comes with a quick scope mod for all you sniper loves out there. Works great to get quick shots.

Fortnite is an online battle royal game in which up to a total of 100 players are placed together in an island which is continuously shrinking and the last person to survive wins the game.

The game is based on a combination of building and shooting, which makes the possibilities endless and fun filled. As a result, the game has become extremely popular and has taken the world by storm, with it being available on multiple platforms such as PlayStation 4 and Xbox One.

Benefits of Modded Controllers in Fortnite

The great thing about these modded Fortnite controllers is its pricing. Though these controllers allow for an extensive range of modification and customization, thus adding multiple features to it, it is still very affordable.

The pricing is also based upon the number of features that you equip it with during the purchase. Since Fortnite is an online battle royal game, it comes with a vast variety of functions, and playing it on a regular controller can become a bit of a hassle. This is where a modded Fortnite controller for Xbox One and PlayStation 4 comes in to play.