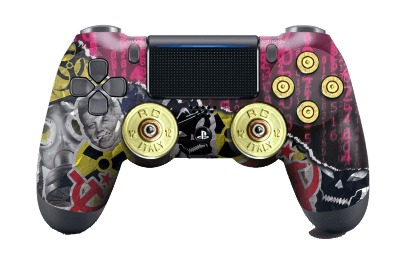 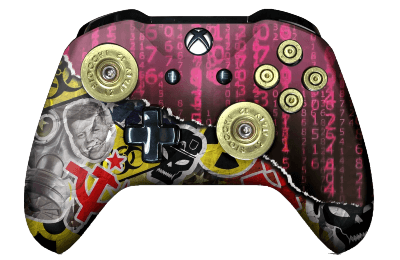 First Person Shooter games are always very competitive, and Call of Duty World War 2 is no different. The game requires the right amount of skills to ensure that you remain on top of the competition.

Therefore, if you want to improve your skills and boost your performance while playing Call of Duty World War 2 either on a PlayStation 4 or an Xbox One console; a modded controller for COD WW2 will help you improve your overall gameplay performance with little effort in a short amount of time.

We also offer custom Xbox One and PlayStation 4 controllers if you want to make your own.

The first feature which can be found in the Evil COD WW2 controller is known as the Rapid Fire mod. This mod essentially allows your gun to fire like an automatic gun, regardless of its type with the push of a button. This means you can take your semi-automatic weapons and turn them into full auto!

The second feature allows you to take shots quickly and accurately while ensuring that you remain a strict target for your opponents. For situations which need a sniper rifle, the Evil Call of Duty World War 2 Modded controller enables players to target enemies rapidly and shoot them with accuracy, thus providing speed, accuracy, and efficiency.

The paddles and buttons that come with the modded Call of Duty WW2 controller can be remapped and reprogrammed to perform various functions according to the needs of the game and the player as well. As such, with these arrays of features that are equipped in the Evil controller, you will be able to enjoy the game to the fullest and also possess an edge over your opponents too.

Reloading also plays a vital role in combat situations within Call of Duty. A modded controller can make all the difference, as such the Evil controller also allows for rapid reloads preventing the wasted time of reloading weapons. We all know how frustrating it is to have to reload mid-combat.

The Call of Duty World War 2 is set during the times of World War II and players’ plays the life of a soldier named Red, and according to the campaign a player chooses to play, it comes with different missions and goals.

While playing Call of Duty World War 2, the players can select one division out of the five which are provided, and they have to move up ranks to get additional features, skills, etc. Based on the division a character plays out, the weapons that are provided also vary accordingly.